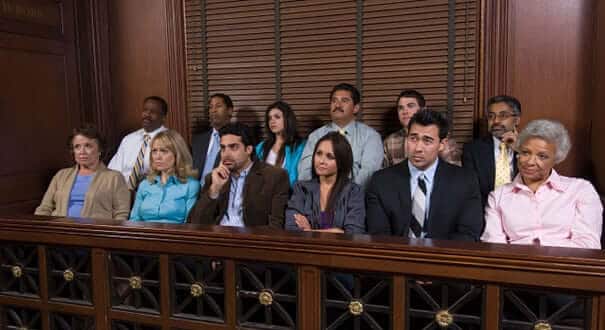 Types Of Witnesses In A Jury Trial

Jury trials are intense, high-stakes events. To casual observers, many of the mechanisms that take place are confusing. That said, many of us will be selected for jury duty at some point, and while juries are generally given thorough instructions, it is helpful to understand as much as possible going in. Let’s look at the three types of witnesses in a jury trial. These are the types that can be called in a jury trial. We’ll explain what they are and what the differences between them are.

Types Of Witnesses In A Jury Trial

This is the most impressive type of witness: the expert witness. They are called in only if the situation requires the expertise of a professional. For example, one is called in if a highly technical or complexly regulated industry is at the heart of the trial.  This professional is often hired to break the facts down for a jury. For example, if it is a case of fraud or financial malfeasance, a bank expert witness may be retained by either the defense or the prosecution to help.

Either way, these types of witnesses are highly esteemed due to their expertise in their respective fields. Needless to say, their declaration weighs heavy as it can either make or break a trial.

A lay witness, also known as a fact witness or an eyewitness, is someone who has firsthand knowledge of the events at the center of the trial. In other words, these are the basic types of witnesses that are called in for trials.

It is they who truly “witnessed” the event or events that are in dispute. This means that their direct testimony is invaluable to the side who benefits from its viewpoint. All sworn witnesses should ideally be objective and non-biased, however. In order to ensure this, the lawyers generally have a sit-down with them prior to the witnesses taking the stand. An unstable witness or someone with a history of lying can hurt the trial. For this reason, these witnesses are disregarded.

A character witness is often called by the defense to provide exculpatory testimony pertaining to their knowledge of the defendant. A good defense attorney can use craft a line of questioning for an expert witness that will paint the accused in a favorable light and cast doubt among the jury about their guilt.

These types of witnesses are most commonly portrayed in movies or TV shows. The scenes are quite dramatic and interesting to watch. While a real-life character witness interrogation is a lot less dramatic, their testimony can sway a jury one way or another.

The design of the American legal system is arguably the best in the world. Defendants are presumed innocent until proven guilty and are tried by a jury of their peers. Witnesses are clearly an integral ingredient in this formula. Understanding their function will help anyone who finds themselves on the stand or in the jury box.

Factors To Consider When Looking For Insurance

Life After Being Arrested – Here’s How To Move On