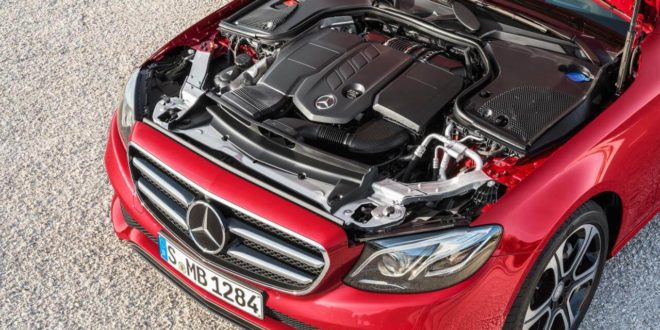 The Diesel Engine: Power And Performance

If you’re a mechanics aficionado, then chances are you’re quite familiar with gasoline engines and fuel systems. Nevertheless, a diesel engine is a bit extra. This is why you might want to check out this article in order to boost your engines knowledge.

One of the main qualities that set diesel engines apart from the rest is the fact that they provide more power.  They simply create, thanks to engineering, more strength which allows you to travel faster and pull heavier loads. This is why most modern trucks run on a diesel engine. Diesel engines are also something you can opt for when customizing your future car.

How a Diesel Engine Works

Since we’re talking about engines, it is safe to say that the basic anatomy is pretty much identical. There are many parts of the diesel engine that share plenty of similarities with a gasoline engine. However, what’s important in this how they differ.  The most significant difference is how diesel fuel systems ignite the fuel. Unlike gasoline systems where both the fuel and air are compressed and ignited, diesel systems compress only air.

If you want to get more mechanical, the ignition takes place due to air pressure in the case of a diesel engine.  Basically, the air pressure in the cylinder rises to 550 degrees Fahrenheit due to the 18-to-1 compression ratio compared to a gas engine that compresses at 10 to 1. The mini-explosion requires the louder, heavier engine to contain it. It’s a directly proportional relationship. The more air that is taken in, compressed and expelled, the more power the engine will produce.

Traditionally, diesel engines engines were considered loud and smelly. While they were much stronger than gas engines, what they earned in power they lacked in finesse. Thankfully, newer diesel engines are much quieter thanks to changes in technology and better engineering. High-tech engine controls reduce emissions and electric injectors fire fuel faster.

When you combine this with the higher pressure created from fuel rail ramps, the diesel engine automatically becomes more energy-efficient with better fuel economy. Another energy-efficient upgrade is the turbo engine that collects the energy normally expelled and feeds it back into the system.

In the case of a diesel engine, more air literally translates to more power. For this reason alone it is important to have a professional mechanic replace the factory-installed intake with a free-flowing aftermarket intake. This will more often than not boost the engine’s power. At the same time, you may need to upgrade other parts of the system, such as the exhaust, to compensate for the additional gases created. Of course, the tweaks don’t have to stop here. Under the law, you are allowed to enhance your car, so long as it is within the legally allowed limits. Therefore, re-tuning the diesel engine from factory settings to something closer to the engine’s capacity will provide more power.

Ever since its invention, the diesel engine has remained the main source of power behind heavy equipment and powerful cars. Besides strength and speed, another important advantage is that diesel fuel is more stable than gasoline. Not only that but the engine’s fuel system is generally more efficient than regular gasoline systems. Diesel engines and aftermarket parts should continue to improve, giving consumers a wide range of options for better performance.

Different Uses Of Dry Ice You Never Thought Of