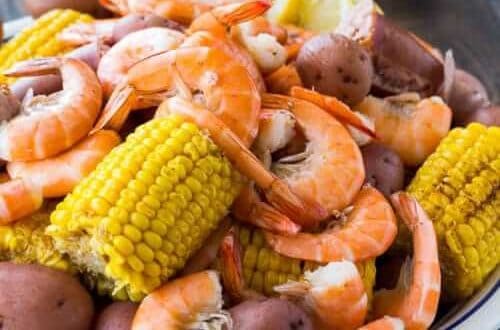 A Guide To Excellent Texas Eats – Not Only For Tourists

Texas is a huge state with a huge population. It is home to residents from diverse ethnic and cultural backgrounds which have helped shape the various food scenes therein. Texas is the birthplace for many foods and beverages that are enjoyed all over. It is also a place where cuisines that originated elsewhere find huge numbers of fans. Check out this guide to excellent Texas eats!

A Guide To Excellent Texas Eats

It’s impossible to talk about Texan cuisine without mentioning barbecue. Derived from barbacoa, barbecue in Texas originated from cowboys grilling beef over open pits. Traditions from Southeast US migrants as well as European immigrants have helped shape today’s Texas barbecue. Variations in meat preparation and cooking have led to distinct regional styles. Beef brisket, pork ribs, and smoked sausage are the most popular dishes and are often served with sliced white bread, pickles, onions, jalapeños and side dishes like baked beans, potato salad, and coleslaw.

Boiled Seafood: A Rather Newer Entry

At first, eating seafood in Texas might sound weird. However, seafood is quite popular in this state. Of course, it wasn’t always the case. It actually started with the relocation of Louisiana residents. When they were relocated to Texas they brought along their culinary preferences. This is what’s responsible for the popularity of Cajun and Creole cooking in the state.

Boiled seafood is especially popular in the spring and early summer. Shellfish such as shrimp, crawfish and crab are boiled with spicy seasonings and side items such as potatoes, corn sausage and served in both restaurants and backyard boils. It’s not uncommon to find boiled seafood served at public and private events. In fact, during the warm season, you find a lot of seafood in Texas! Go ahead and experience the fun and flavor of blue crab Plano as soon as possible!

Tex-Mex originated with Mexican immigrants in the Southwestern US. Influenced by Mexican and other cuisines, it includes hugely popular items such as tacos, burritos, fajitas and enchiladas. Tex-Mex dishes emphasize the use of seasoned meats, spices, beans, shredded cheese and peppers. Tortilla chips served with any combination of salsa, queso, and guacamole is a popular staple of Tex-Mex, available all over the state.

There’s so much to see and do and eat in the Lone Star State. These three cuisines are just the tip of the iceberg when it comes to Texas eats. There are a lot of beautiful places you can visit between meals, as well. Not to mention the culture of this popular state that once used to be Mexican territory. So, next time you visit Texas, or simply drive through the state, don’t forget to bring your appetite because there’s plenty to eat!

Top 3 Benefits Of Recycling Anyone Should Know

3 Ways To Better Use Your Spare Time